It is vital in this day and age that the ordinary Churches of our land rediscover an expectant, sensible, scriptural healing ministry.   Our Lord commanded it, our nation needs it, and the Church will not be obedient or relevant without it. (The Right Revd Bishop John Parry) 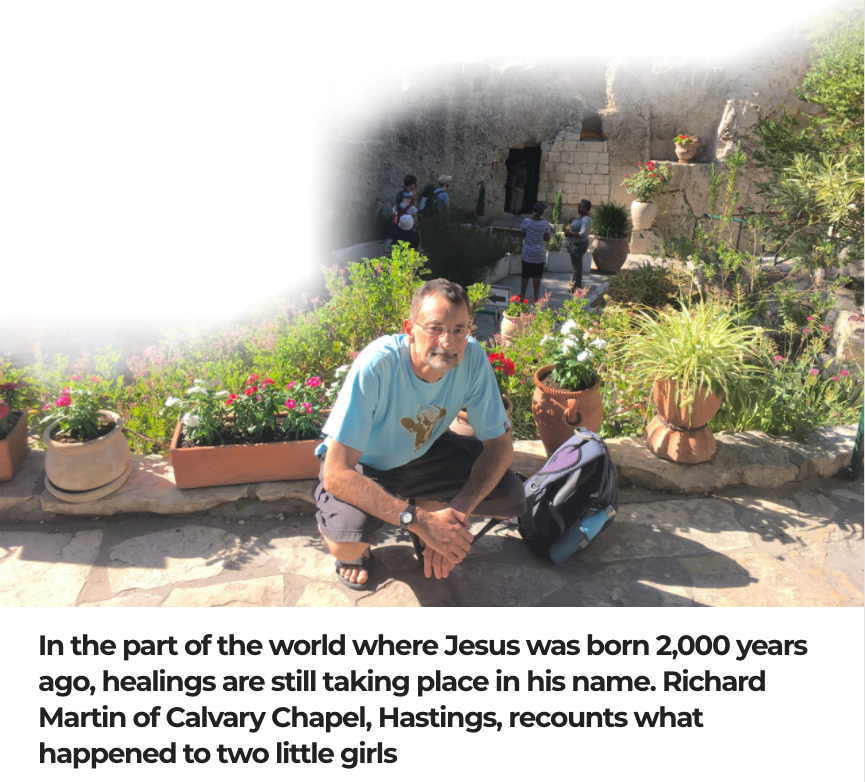 For Richard Martins testimony as to the amazing power of God, please click
HERE.

It has taken me a long time to write this Testimony, but one year on I can truly give an open and honest account of the power of prayer, not only to those with the gracious gift of faith but also to those so damaged that breathing and getting through a day is as much as they can achieve.

My life was at rock bottom, losing my son to suicide, my daughter so broken as it was her that found him (they were so close), my husband telling me he no longer loved me nor wanted to be with me was enough, surely things could get no worse.

Thinking my eldest son was holding it all together, coping and supporting us all, how wrong was I!!

His life seemed so perfect on the surface.  In a lovely relationship, been on lovely holidays, a new baby – it just looked as if he was so strong and supporting us.

In total oblivion of my grief, I had not noticed the deterioration in him until it was too late.  He had succumbed to the vileness of drugs.  Not any drug but crack cocaine.  It completely took over his life.  I found out when his life started to fall apart.  He was giving up on life and told me he wanted to be with his brother.  His marriage broke down, he gave up his business and had given up on himself.

He came to live with me and I promised him we could ‘do this together’.  Nights of walking the floor, him hallucinating, burning all of my new carpets with drug paraphernalia and deceit.

His will to live was deteriorating and he would just spend hours in bed lost in his own grief and haunted by how he was going to get his ‘next fix’.  My heart was breaking at the thought of losing another son.

I had been going to church for a few years and the comfort and support of the church family was amazing.  My heart was captured by Our Lord God and prayer and it gave me hope.

Our Chapel was due to have a Healing Service, I knew a few weeks in advance so I gently approached the idea of going to my son.  Over the following weeks I would gently mention it to him.  At first there was total disinterest but he did eventually decide he would attend with me.

However, 3 weeks before the Healing Service my son was in such a dark place that I couldn’t leave him on his own and I persuaded him to come to chapel with me in the evening.  We sat at the back of the chapel and he squeezed my hand and said ‘I am doing this for you mum’,  He had no belief and no connection to church, God or any religion but at the end of the service he was willing to receive prayer from the Minister and an Elder. This was on the 7th April 2019

I felt a massive relief inside and hoped and prayed that these prayers had been heard.  My son was still in total denial about it all but the evidence became clear as the weeks passed.  Something magical had happened, I could see positivity returning.  The church/chapel family continued to pray for my son and as the days passed I had glimpses of hope.  The cravings were less, he voluntarily gave me all the drugs paraphernalia to make it harder for himself to do the crack cocaine.

He started making small changes then one day in July he informed me he was going to make a new start.  He gave up everything, sold all his belongings and moved away to re-create himself.  He is now doing so well it just seems unreal – it is now December 2019

He no longer does any form of drugs, he has put on 3 stone in weight and looks fit and healthy.

I HAVE MY BOY BACK!  PRAISE THE LORD!

He is working full time and has even been training to change his career which ironically if he touched any form of drugs or alcohol would lose him his job.  I can honestly say without a shadow of doubt this is The Lord’s work!

Within three months and continued prayer within our church/chapel my son was clean from one of the hardest drugs to kick and he did it without any intervention other than prayer!  He himself is still somewhat sceptical of religion but he has since been to church where he lives and even calls me and asks me to pray for him from time to time.  Which in itself says to me “I know God healed me mum!”.

So just a short message to those who have read my testimony, if you find yourself at rock bottom and struggling, please don’t give up, step into the safe hands of Our Lord.  Whether you believe or not, I promise you he does still answer prayers!

I was diagnosed with coeliac disease 12 and a half years ago. Coeliac disease for me meant that if I ate any gluten I would be violently sick and have diarrhoea for several days. The treatment is to follow a gluten free diet which is what I did.I believe that God heals but the nature of my extreme reaction to gluten made me reluctant to go for prayer as the only way to know I had been healed would be to eat gluten. So I perhaps quite boldly said to God very early on “ When you heal me it will need to come via a word from someone who doesn’t know me”.Our church believes in healing and we have had lots of teaching on it, My husband Ben and I heard of a day course being held locally and our church sent us on it expectantly.On the morning of the course full of faith we took photos of my swollen ankle and arm that is not straight in the hope of receiving healing of that and rheumatoid arthritis.The course was amazing we had teaching and demonstrations which were opportunities to be prayed for I did have prayer for my ankle and RA.After lunch Paul Skelton one of the leaders said he had some words for people and pointed at me and said Gods healing you from Coeliac disease ! Wow exactly as I had asked God to do it I was amazed and to be honest a little nervous because I knew what I would have to do next!On the way home Ben said to me “right are we going to Tesco on the way home then?”Only he knew what I had said to God and when I’d told him I said that the thing I wanted to eat and missed most was a jam doughnut.So that’s what we did I must be honest and say that I was still very apprehensive but determined to act in faith on the word that had been spoken to me.I ate it and was absolutely fine and 2 months or more on I have not had any of the nasty symptoms that I used to get and am regularly enjoying lots of foods that had been off the menu for years Praise God !

For years I had been a heavy drinker, but it didn’t matter, everybody around me drank the same amount.

However, the government started saying that we should not drink more than 14 units per week, I was doing that in a couple of days!

As the months passed I began to worry about my long term health now that it was known that large amounts of alcohol were bad for you. However, try as I did, I couldn’t cut down, I had been consuming so much for years and it was now a very bad habit.

Having discovered that I myself couldn’t cut down I turned to My Lord and I prayed continuously every day that He would help me. I don’t know what I expected Him to do but I know He is a God of miracles and I prayed for one.

I went to Healing Service at Ashburnham Chapel and prayed quietly, I didn’t go up to be prayed for because I knew The Holy Spirit was there, I could feel His presence and I knew that He heard my prayers.

Months went by but I didn’t stop praying or believing that Jesus would one day give me the will power to stop drinking, or at least cut down to 14 units. Then suddenly one day completely out of the blue I decided that I no longer needed to drink, I didn’t even fancy one, I didn’t even think about having one! That was nearly 3 years ago and from that day to this I haven’t had a single alcoholic drink!

PRAISE THE LORD HE STILL HEALS TODAY all we have to do is TRUST HIM. He will never let us down!